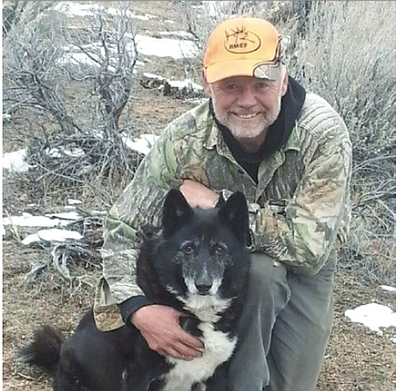 It is with profound sadness we announce the passing of our beloved Robert Craig Martin on October 15, 2022.

Bobby was born December 16, 1960, in Fallon, NV, to Charles Robert (Bob) Martin and Jill Brenda Marie Edmonds (from Kingston on the Surrey, England). Bobby was raised in Fallon and Carson City by Bob and Marilyn Martin attending elementary school in Fallon and graduating from Carson City High School in 1979. After trying his hand at underground mining and working ski lifts at Mammoth and Steamboat Springs, Bobby announced to his father he was going to hunt and fish for a living. Being told by his father he was about 150 years too late, Bobby set out on a quest to prove him wrong. He attended a hunting guide school in Hamilton, Montana, eventually purchasing the first guide camp he worked for. North Park Outfitters out of Walden, Colorado, became a brotherhood of guides and return elk hunters for over 35 years.

In the mid 1980’s, with his summers free, Bobby headed to Alaska to try his hand at commercial fishing. Bobby started at the very bottom of the industry working the slime line and within a short amount of time he purchased his first commercial boat the Argonaut and then the larger vessel, the Soulmate fishing for cod and salmon.

Bobby died while hunting deer in the remote mountains of Northern Nevada with his rifle and his beloved dog, Aila, at his side. A true mountain man right to the end. A role model, a mentor, a best friend like no other. Nothing but positivity and support from him was the norm. Many considered him a best friend, that was how great he was, touching the lives of those who knew him in the best possible way. He eschewed the ‘standard ’way of living and created a life based on hunting, fishing, trapping and skiing.

Bobby will always and forever be in the hearts of his father Charles R. Martin & his wife Michelle; Mom MarilynMartin Stix; Uncle Mike Martin (Cathy Woolsey); step- sisters Jennifer Penny (Jackie), Natalie Miller (Rich), Laura Harper (Ladonte), and many cousins and friends
who looked up to and admired him.

“Not a sunrise or sunset in the mountains and on the water will go by without a nod and a toast to this great man...our fearless leader of North Park Outfitters ‘Balls Out Boulder Bustin’ Bob Martin.”

Memorial Day Weekend 2023, Bobby’s name will be added to the Kodiak Fisherman’s Memorial at which time his name will be read and the bell will be rung. A celebration of life will be held at a later date.