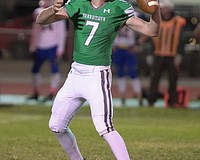 After reaching the playoffs for the third-straight season, the Greenwave football team was well represented on the all-region and all-league teams as announced by the Northern 3A coaches. 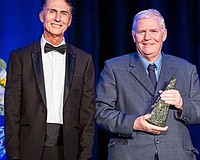 Voice of the Greenwave inducted into Hall of Fame

The Voice of the Greenwave was inducted into the Nevada Broadcasters Association Hall of Fame. 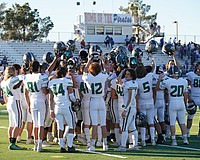 The defense held as long as it could but Fallon’s inconsistent offense couldn’t keep up as Moapa Valley stayed unbeaten this season after a 42-21 win in Saturday’s 3A state semifinal game. 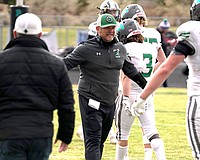 The defense stepped up against the best scoring offense in the league, setting up a last-minute, game-winning touchdown as the Greenwave football team upset No. 1 North Valleys, 21-14, on the road on Saturday. The win sends Fallon to Saturday afternoon’s state semifinal at Moapa Valley while the loss ended North Valleys’ undefeated season, which included wins over Elko, competing in the other state semifinal, and 3A powerhouse Truckee. 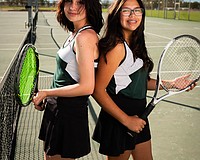 Wave tennis to compete in 3A regional

After the Fallon boys and girls tennis teams advanced to the semifinals of the Northern 3A team tournament last week, the Greenwave turns the corner to this weekend’s singles and doubles regional tournament. 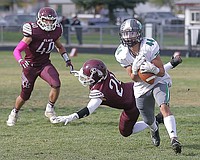 ELKO — After spotting Fallon a 12-0 lead, the Elko football team came back to outscore Fallon by four touchdowns for the remainder of the game in a 32-19 win Saturday afternoon. Fallon, which sits at 1-1 in the 3A East, travels to Fernley (1-0) on Friday for a key battle against its cross-valley rival. Kickoff is at 7 p.m. 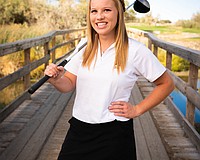 The Lady Wave golf team finished the regular season last week and qualified one for next week’s state tournament in Mesquite. 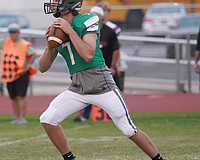 A defensive battle in the first half let up after the break as the Greenwave football team exploded for 22 points to knock off Spring Creek, 28-14, Saturday at the Edward Arciniega Athletic Complex. 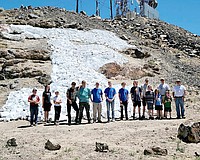 The pandemic left Toby Escobar in a tough situation in completing his Eagle Scout project before turning 18 in July. 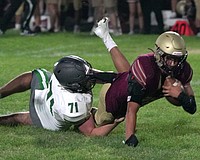 Austin, defense come up big in road win over Sparks

SPARKS – Down to their third-string quarterback who has never taken a snap and facing a much-improved opponent, the Greenwave still found a way to come out on top.